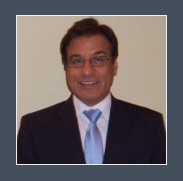 After having worked in Academia public psychiatry, managed care, Dr. Waheed Bajwa started private practice in Cary, North Carolina in 2001. With support of colleagues and staff at Cary Behavioral Health, he initiated a Mental Health Intensive Outpatient Program in 2012. This first of a kind mental health IOP in the triangle area, and has been widely appreciated as it has fulfilled an unmet need. Dr. Bajwa is responsible for initial assessments and medical coverage for patients while in the IOP.

Dr. Bajwa is board certified in adult psychiatry and is certified by the American Society of Pscyhopharmacology, he has close to 30 years of experience in the mental health field. Dr. Bajwa has received faculty appointments at MCW and Albert Einstein College of Medicine. Dr. Bajwa has also served as Medical Director of a major managed care company and has been involved in clinical research with several published studies.

Dr. Bajwa is a member of several professional organizations and takes the time to teach students from Duke University’s physician assistant program. 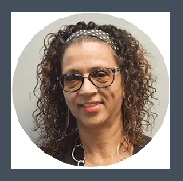 Dr. Rohima Miah believes strongly in caring for each patient as a whole person. This involves not only looking at the specific issue at hand but also considering lifestyle, diet, and overall wellbeing when examining a client’s health. She knows that there is more to healthcare than just prescribing medication; everything from family relations to community involvement can have an impact on a person’s mental health and overall wellbeing. To treat the whole person, you need to examine the whole person. In her first role out of med school, Rohima was working with people who were suffering from severe mental illness. In the role, she became frustrated with the way other people and fellow practitioners thought that these patients could not do any better for themselves while not exhausting all the options to assist them. Rohima Miah MD got to a point in her career where she concluded that whether people could be helped was irrelevant. What mattered was that she, as a healthcare professional, was making sure that she was pulling out all the stops to help people on their journey to living a better life. She believed then – and has never wavered from her belief – that people want better lives for themselves. As part of their team, it is Rohima’s role to be there with them in the thick of it, helping them work towards solutions.

From 1988 to 1992, she was earning her Bachelor of Science degree in Physical and Biological Anthropology from the University of Michigan. From there, she enrolled at The Ohio State University. While in med school, Rohima was looking for an area of concentration. She chose Psychiatry because she knew, on some level, that she wanted to help people enact change within themselves, and she is never once regretted the decision. In 1996, she earned her Doctor of Medicine degree. 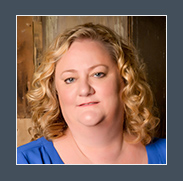 Natalie Chigozie is a North Carolina licensed clinical social worker practicing in the mental health field for more than 12 years. Her experience includes working with individuals, couples and groups in private practice and psychiatric hospitals. Natalie has experience with many mental health disorders such as depression, anxiety, PTSD, psychosis, bipolar disorder together with an understanding of sexual trauma and substance abuse.


As an IOP therapist, Natalie incorporates many of the senses into healing and recovery exercises. Natalie believes art and music therapy exercises create opportunity for learning, recovery, and healing in different ways than CBT and psychodynamic therapies. As a group therapist Natalie recognizes the positive power of peer connections that are created in the IOP groups. The power of being present in a room of people who know first hand what if feels like to experience the symptoms of a mental health disorder. 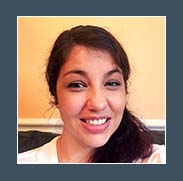 Megan Cooper is a native of North Carolina with a passion for mental health. She believes that having a space to be heard and supported can create powerful change in a person’s life. She received her Bachelor’s in Psychology and her Masters in Social Work (MSW) from the University of North Carolina at Chapel Hill. She has 10 years of previous work experience with a wide variety of age groups and mental health needs including eating disorders, chronic illness/pain, anxiety, depression, neurodevelopmental disorders, self-harming behaviors, domestic violence, and sexual assault. 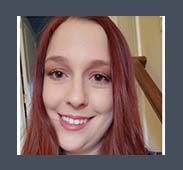 Victoria “Tori” Rothman is a Licensed Clinical Social Worker Associate in North Carolina who acquired her Bachelor's and Master’s Degree at Kutztown University of Pennsylvania. She has a passion for helping people and thrives to help navigate individuals and families through their most painful moments and help them move forward with courage and resiliency. Tori has worked in various helping environments including outpatient, inpatient, and intensive in-home settings. Her clinical experience includes individual, family and group therapy for children, adolescents, and adults with a variety of diagnoses including anxiety, depression, bipolar disorder, schizophrenia, PTSD, ADHD, and more. Tori’s ultimate goal is to be an individual who instills hope in people’s healing journey while providing each individual, who works with her, with a safe space to share their story. 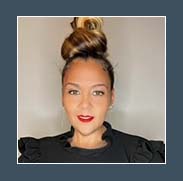 Jeannene McWilliams is a Practice Manager in Administration and Clinical Operations with CBH.  She has over 20 years-experience in business and clinical operations.  Jeannene is also certified as a Certified Medical Reimbursement Specialist (CMRS) and is currently a consultant with healthcare analytics, compliance, and reimbursement in both medical and legal realms.   Jeannene, leads the Cary and Raleigh offices, with Quality Assurance, data metrics and presents an empathetic nature to our clients, staff, and professional colleagues.

Mrs. McWilliams is an advocate of Mental Health, community and coordination of care and Quality Assurance.  She prides herself in leading a resilient staff, harmonic work atmosphere while continuing to focus on client relations.   Her goals are to expand CBH’s growth, IOP Program, and continue to excel the practice with integrated administrative and clinical dynamics.

Jeannene and her husband are originally from the D.C. area and happily reside in Cary. In her free time, she loves to entertain family and spoil her two (2) grandsons.